The time has come, whilst we’re £300 deep into our overdrafts, the billionaires of the UK have been announced and amongst them are 27 celebrities under 30 years old who have millions in the bank.

Earlier today the Sunday Times released their annual Rich List and as part of the list there’s a whole section of people who are under 30 and already more successful than you will ever be. It’s not just celebrities on this list, but let’s be honest no one cares about a random billionaire who inherited their money.

And so we’ve gone through the list to find you all the celebrities you care about, and their bank balances of course. There’s musicians, footballers and the occasional Netflix star.

These are officially the richest UK celebrities under 30:

Sophie Turner is only 26 years old and yet she’s already starred in the biggest TV series going, married Joe Jonas, had their first baby together and is currently pregnant with their second. Oh, and she has a net worth of £10million.

Aside from Game of Thrones she’s also had leading roles in X-Men, Dark Phoenix and The Staircase which will have increased her net worth. 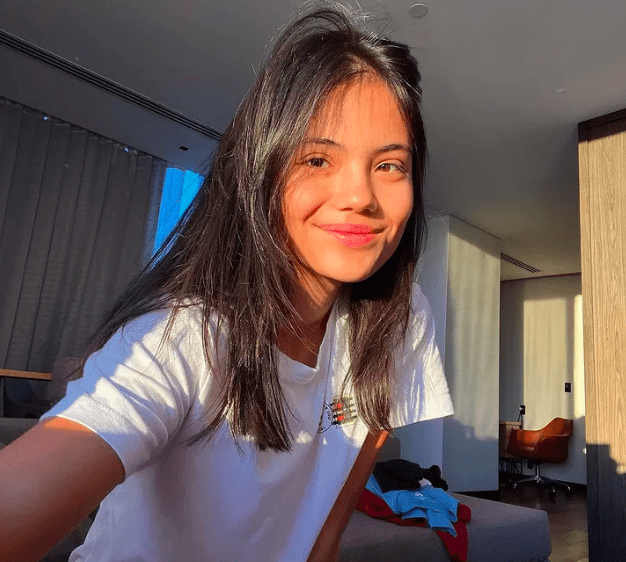 I really need to learn to start playing tennis because it’s made 19-year-old Emma Raducanu a millionaire with a net worth of £10million.

Her win at the US Open secured her a prize fund of £1.81 million. She’s also secured brand deals with Tiffany and Co., and Dior which are both said to be around £2million.

Emma also has brand deals with Vodafone, Evian and British Airways. Before her win she already had a £100,000 sponsorship deal with Nike and Wilson.

Formula One driver Lando Norris has a fortune of £10million. He’s made this mainly from his motor racing especially since signing a new contract with Mercedes back in February this year.

He’s recently moved to Monaco aka tax haven heaven, which will also help him enjoy his £10million. 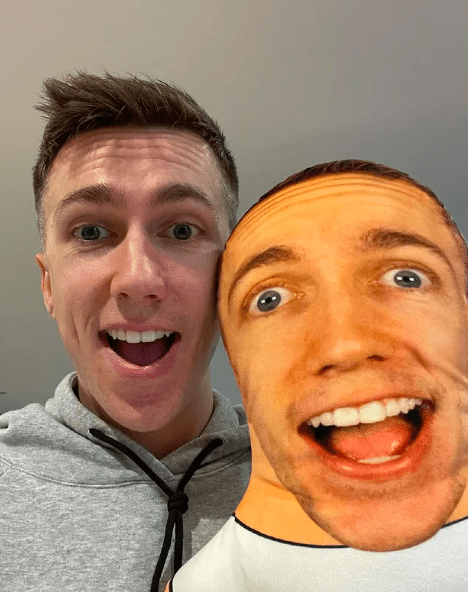 Simon Minter aka Miniminter is a 29-year-old YouTuber and a co-founder of YouTube group The Sidemen. His fortune comes from his vlogging and YouTube channel which has nearly 10million subscribers. 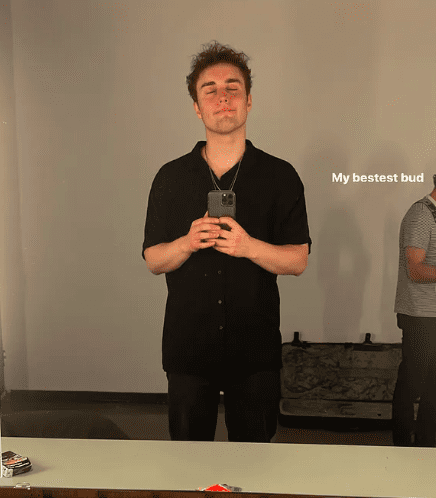 Sam Fender is 28 years old and already worth £10million. His wealth comes from his music career which began when he was a teenager.

Sam’s most recent album Seventeen Going Under has been sold over 100,000 times. Apart from album sales, he will have made money from touring and the collaboration he did with Barbour last year. 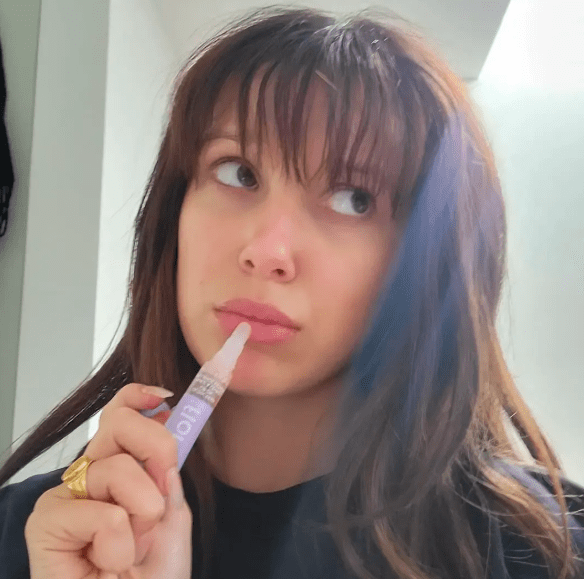 Will never forgive my parents for not forcing me to become a child actress so I could become a millionaire like Millie.

Millie has been acting 2013 but of course her biggest roles have been in Stranger Things and Enola Holmes on Netflix.

As well as acting Millie will have made money from her beauty line Florence by Mills which is currently sold in Boots. 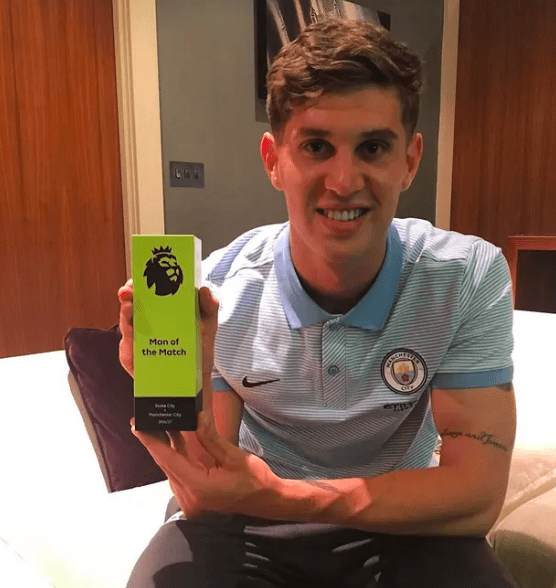 After leaving Everton he signed at Man City in 2016 for an incredible £47.5million contract with a potential £2.5million in add ons. So if you need any clue where he got his money from – that’s it.

One half of the coolest power couple, Tom Holland has a net worth of £16million. Tom has been acting since 2008 appearing as Billy in Billy Elliot on stage.

His biggest roles aka the ones making dollar will undoubtedly be The Spiderman series, Avengers, The Devil All The Time and Chaos Walking.

Ngl can’t remember the last time I listened to a George Ezra song but I doubt he cares as he has £16million to his name.

His fortune will come from music sales and touring.

England player Harry Maguire is 29 and has a net worth of £17million.

In 2017 he joined Leicester for an initial fee of £12million, and two years later he joined Manchester United for an astonishing £80million, a world record fee for a defender.

Harry has also made money from a deal with Puma which is thought to be around £700,000 every year. 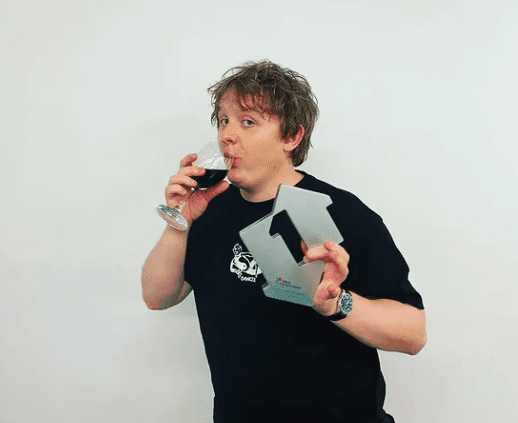 Lewis Capaldi returns to the Sunday Times Rich List with an additional £2million from last year. 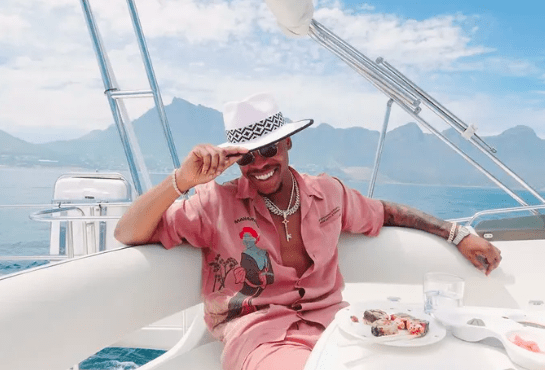 John Boyega returns to the rich list with an extra £1million. The majority of John’s fortune comes from his acting career with leading roles in the Star Wars trilogy, Small Axe and Pacific Rim: Uprising, amongst many others. 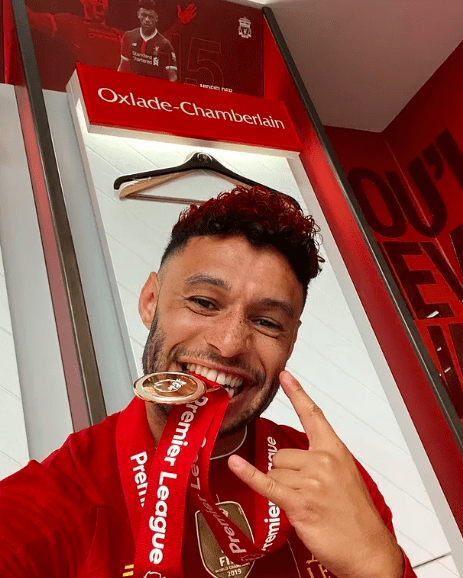 Liverpool player and boyfriend of Little Mix’s Perrie Edwards, Alex Oxlade-Chamberlain is back on the list with £3million more than last year.

Alex has been playing for Liverpool since 2017 when he signed a £35million contract. Before Liverpool, he was playing for Arsenal where it was estimated he was paid £12million. 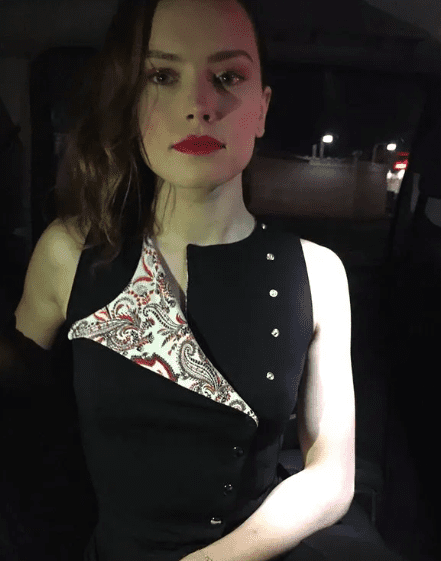 Star Wars actress Daisy Ridley has a net worth of £21million, which is £2million more than last year.

Her biggest roles have been in the Star Wars triology, Murder on The Orient Express and Peter Rabbit. Daisy also co-owns a production company called Werewolf films. 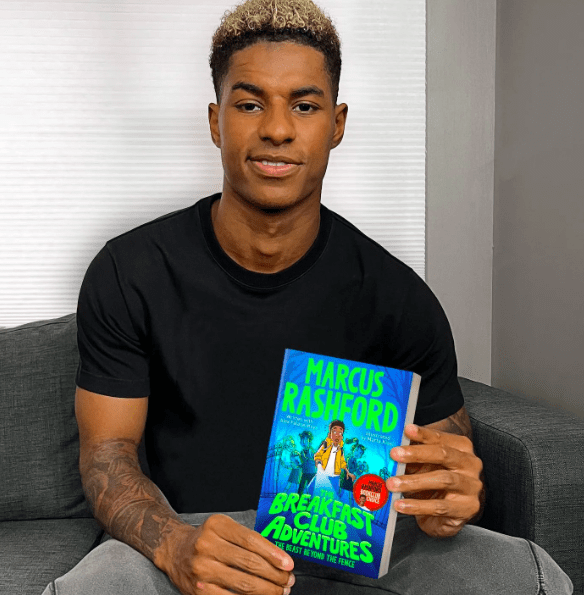 Surprised Marcus Rashford is even on this list given how charitable he is. His net worth has increased £6million in the last year which according to the Times has only come from his contract with Manchester United, which he signed for £10.4million in 2019.

Marcus told The Times the money from partnerships with Burberry and Macmillan have all gone into his after-school clubs and books for children.

Stormzy has added £2million to his fortune in the last year despite not releasing any new music. The majority of his wealth comes from music sales and touring, including a performance at the Abu Dhabi Formula One Grand Prix last year.

Over the next 10 years he plans to donate £10million to charitable causes through his Merky Foundation. He’s already set up scholarships for black students at Cambridge. 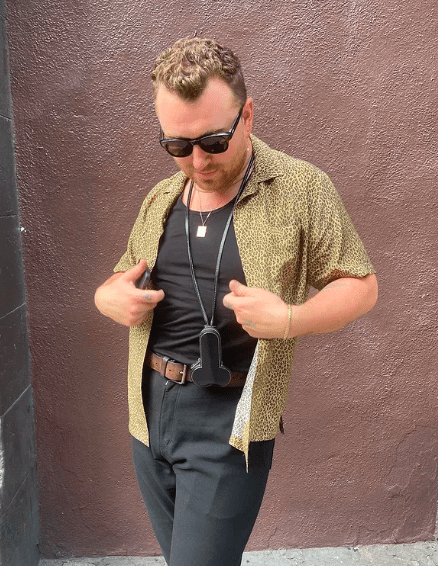 Sam Smith’s net worth has increased by £1million in the last year. The majority of Sam’s wealth will come from their album sales which have gone platinum in multiple countries around the world.

They’ll also have made money from touring.

And the top 10 kicks off with ex One Direction member Zayn Malik. Zayn has a net worth of £36million which hasn’t changed since last year.

The majority of his money will come from his time with the band however he will have also earnt from his solo records. He sold his homes in Los Angeles and London in 2018 and now has an apartment in New York.

Zayn has done the occasional fashion collaboration including a backpack line with The Kooples and a recent paid partnership with glasses brand Arnette. 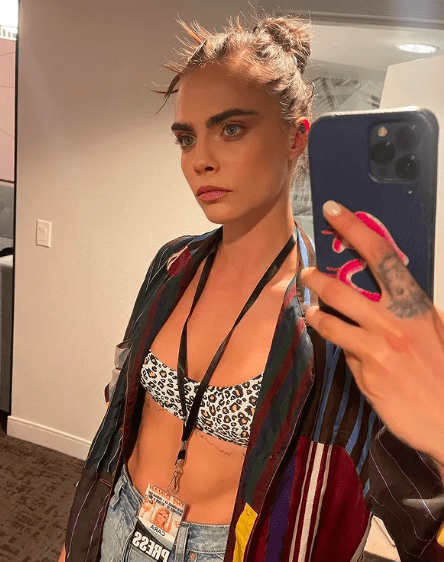 Cara’s net worth has increased by £5million in the last year, which could be from sales of her new prosecco brand with her sisters.

The majority of her wealth comes from her modelling and acting career. Her biggest acting roles have been in Paper Towns, Suicide Squad and Anna Karenina.

Over the years she’s fronted campaigns for Burberry, Rimmel, Chanel and Puma. 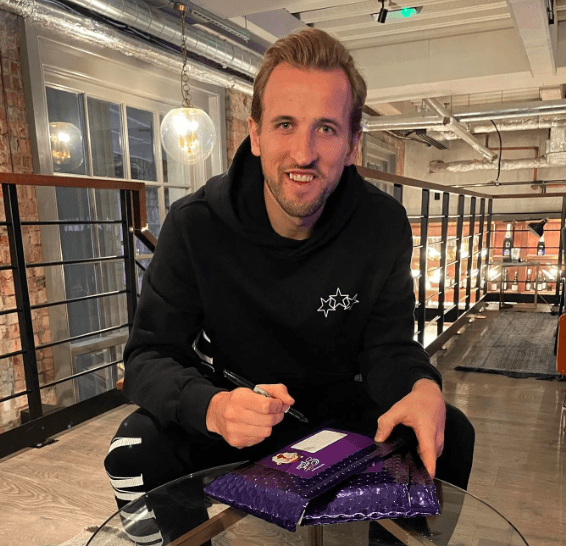 England captain Harry Kane’s net worth has increased by £9million in the last year. Harry’s biggest source of income is the £10.4million he gets from Tottenham Hotspur every year.

He’s also signed an endorsement deal with Nike which will have definitely added to his bank balance.

Like his ex-band mate Liam Payne’s net worth hasn’t changed in the last year. The majority of his wealth will have come from his time in One Direction.

He also released solo music which will have made him some money. In the last two years he’s sold his properties in Surrey and Malibu and is currently renting a house in Buckinghamshire.

Louis Tomlinson has increased his net worth by £3million in the last year. Aside from money from One Direction touring and album sales, Louis will have made money from his own music and his time as a judge on X Factor.

Louis owns a home in Hertfordshire which is thought to worth £2.5million. 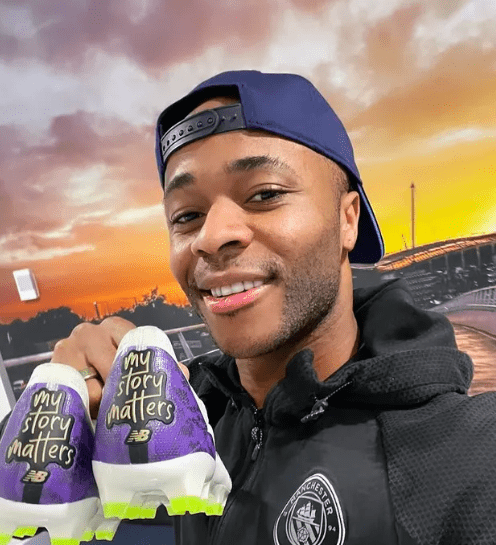 England player Raheem Sterling has increased his net worth by £12million in the last year after signing a multi-year deal with New Balance. Since 2020 he’s also had a deal with Gillette.

However, Raheem’s main source of income is the £44million contract he signed with Man City in 2015. Previously he played for Liverpool where he initially signed a contract for £450,000. 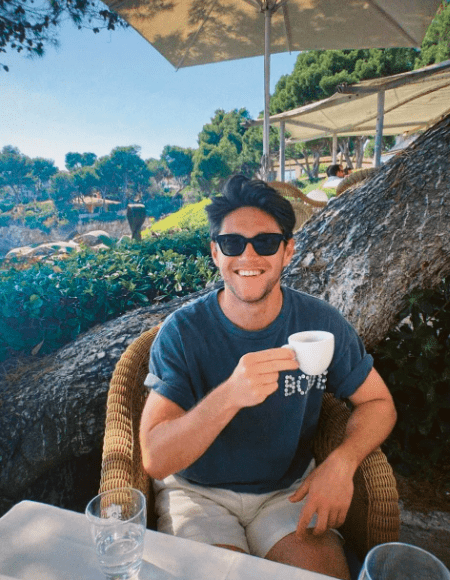 Probably the most wholesome member of One Direction Niall Horan’s net worth of £52 million hasn’t changed in the last year.

The majority of his money has come from One Direction touring and album sales, as well as his own music. Niall is said to own a property in London.

It breaks my heart that next year they won’t be on the list as a group and instead listed as individuals. But for the time being Little Mix have increased their net worth by £6million.

Their album sales and touring will contribute significantly to their net worth, as well as various product endorsements over the years and their BBC talent show Little Mix The Search in 2020. 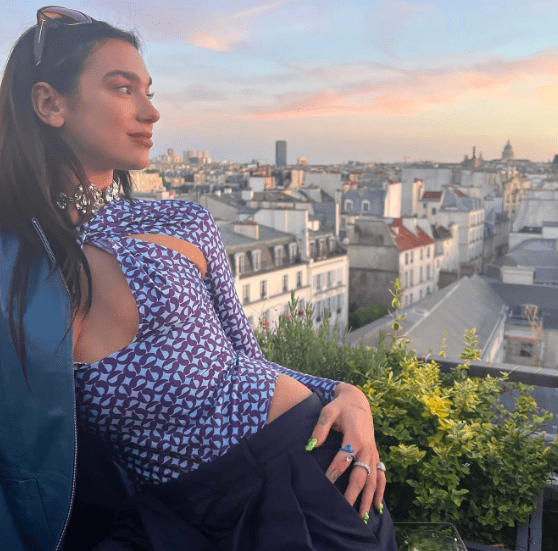 If anyone was going to share the £60million net worth title with Little Mix it would be Dua Lipa.

Dua has increased her net worth by £24million in the last year according to the Times. Levitating was the fifth most streamed song in the world last year aka she made a lot of money.

With a world tour and millions of album sales it makes complete sense why Dua is second place on this list.

And the prize for the richest celebrity under 30 in the UK is Harry Styles with a net worth of £100million, which is £25million more than last year.

The rich list was released on the same day as the release of Harry’s third solo album, which will definitely add to his net worth. His tour will also add to his fortune especially after extra dates had to be added to cope with demand.

Harry’s acting roles in Don’t Worry Darling and My Policeman will have increased his fortune. Earlier this year he bought his third property in north London, a house in Highgate for a casual £4million. He is said to be wanting to turn them all into a one giant mansion.

Related stories recommended by this writer:

•The uni rich list: These are the UK unis producing the most billionaires

•From Love Island to Too Hot To Handle: Who is the richest person from each reality show?

•Reality TV rich list 2022: These are officially the stars with the most money

We use cookies on our website to give you the most relevant experience by remembering your preferences and repeat visits. By clicking “Accept All”, you consent to the use of ALL the cookies. However, you may visit "Cookie Settings" to provide a controlled consent.
Cookie SettingsAccept All
Manage consent

This website uses cookies to improve your experience while you navigate through the website. Out of these, the cookies that are categorized as necessary are stored on your browser as they are essential for the working of basic functionalities of the website. We also use third-party cookies that help us analyze and understand how you use this website. These cookies will be stored in your browser only with your consent. You also have the option to opt-out of these cookies. But opting out of some of these cookies may affect your browsing experience.
Necessary Always Enabled
Necessary cookies are absolutely essential for the website to function properly. These cookies ensure basic functionalities and security features of the website, anonymously.
Functional
Functional cookies help to perform certain functionalities like sharing the content of the website on social media platforms, collect feedbacks, and other third-party features.
Performance
Performance cookies are used to understand and analyze the key performance indexes of the website which helps in delivering a better user experience for the visitors.
Analytics
Analytical cookies are used to understand how visitors interact with the website. These cookies help provide information on metrics the number of visitors, bounce rate, traffic source, etc.
Advertisement
Advertisement cookies are used to provide visitors with relevant ads and marketing campaigns. These cookies track visitors across websites and collect information to provide customized ads.
Others
Other uncategorized cookies are those that are being analyzed and have not been classified into a category as yet.
SAVE & ACCEPT